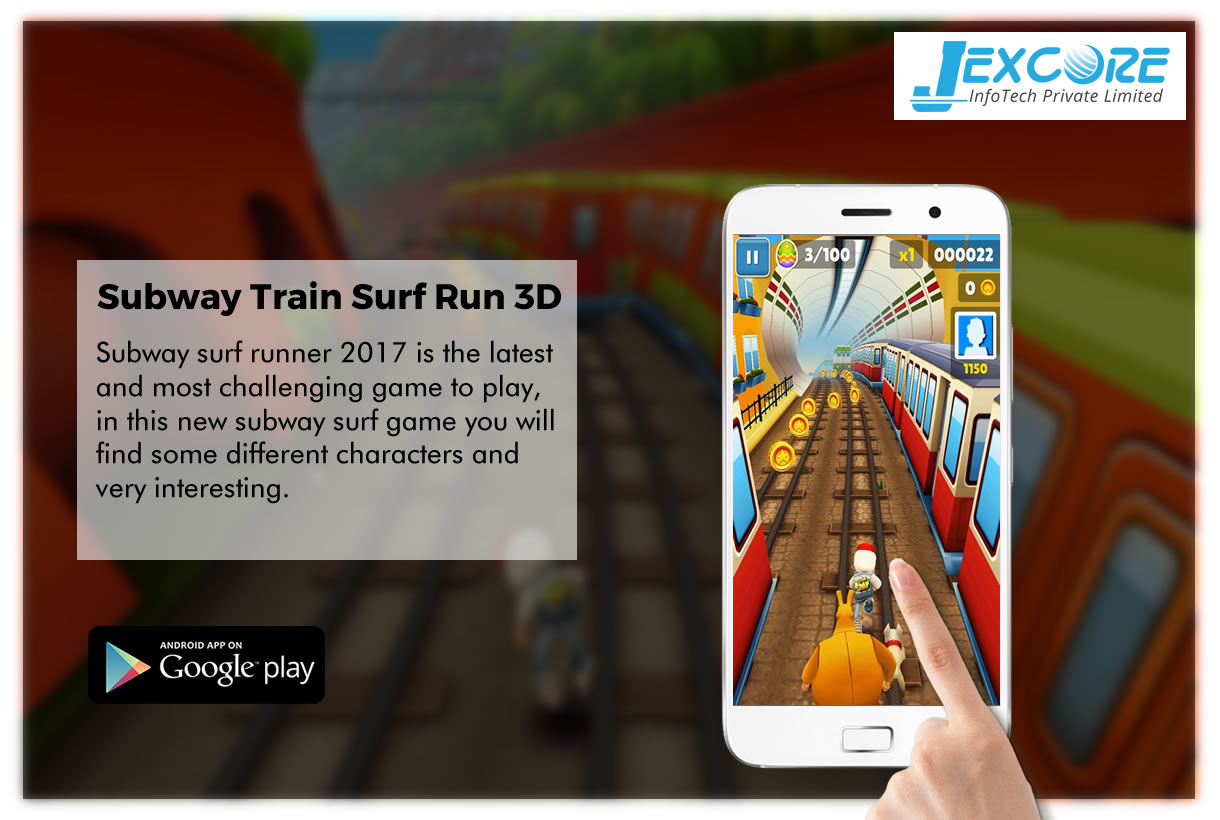 Welcome To Subway Surf Game. Most Playing Game this time.
Subway surf runner 2017 is the latest and most challenging game to play,
in this new subway surf game you will find some different characters and very interesting.

Surfing on the streets and dodging through the rail ways and trains have never been more fun, addicting and challenging with the Super Subway Surf. In this free endless runner game, you need to escape from the security guard rail, and you also need to avoid hitting the trains and other obstacles. You are all alone in your adventures and endless journey, and you also get to collect coins, keys and some power-ups to be able to reach higher scores and run further distances. The coins can be used to purchase different cool power-ups as well is in-game characters, and the keys will help you rescue from the inspector in this new Subway Surf 2017 game. Speaking of available power-ups and boosters, you get to collect (or purchase) the following items: Rocket to fly, Shoes for super jump, Magnet to absorb the coins while running, Multiplier to double the coins you collect, and Skateboard to literally surf and getting an extra life

How to play New Subway Runner:
1. Subway Surf game is very easy, you just escape from the pursuit of a security guard who keeps the train carriage, why are you pursued? Because you have ruined the train car with paint / drawing it.
2. When you are pursued, there will be many challenges that will hinder you, but do not panic, because when you are pursued you will find items that make you easier to run / avoid pursuit of the security guard.
3. In addition, you are also required to collect coins, subway surf 2017 of this runner also has a lot of coins, then when you run, you have to collect as much coins as possible and the coin is useful to buy items in the new subway game 2017.

Download Super Subway Surf 3D 2017 for free and let us know about any bugs, questions, feature requests or any other suggestions.

Have Any Project?
Call Us Today!

Grow Your Business and Build Your Website & Mobile Apps With Us.

Get In Touch
Open chat
1
Hello 👋
How We can help you?